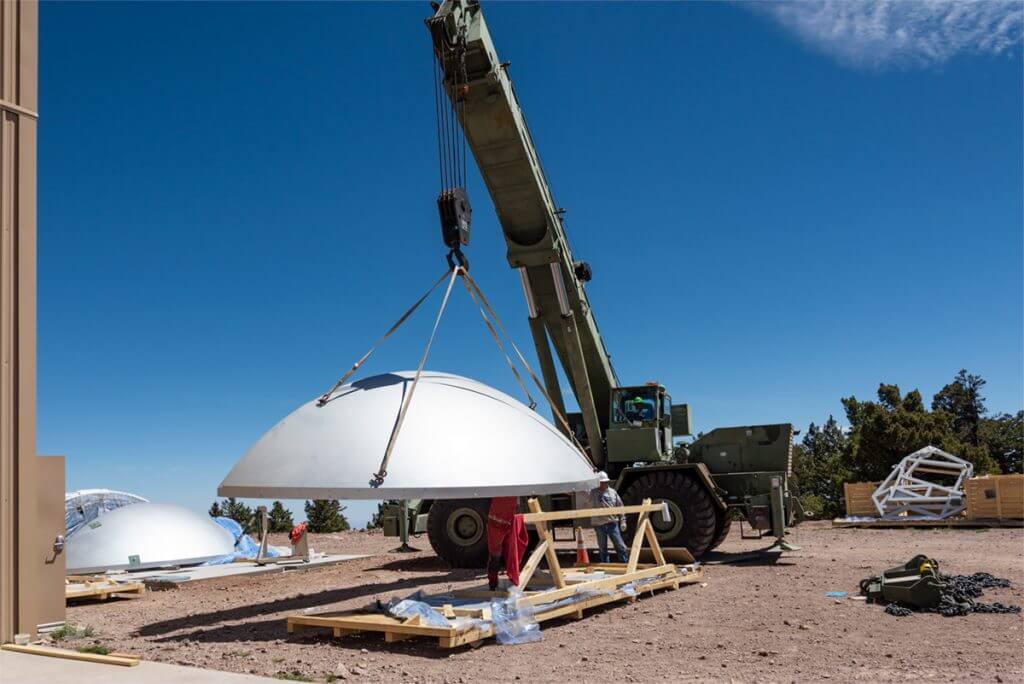 The Unit Telescope Enclosure(UTE) is coming along, as we are about to top everything with the Dome (part pictured above)! Today pieces of the dome where unpacked and have been moved into position for assembly. We are expecting to have the dome built outside where it will then be placed onto the UTE walls. Following the Dome attachment the Shutter will be added to the UTE. Thus begins the final stages of the building process where electronic components get added, various tubes and wires get connected, and final tests are done. Once Tests on the UTE are completed both the Unit Telescope and the Enclosure are moved to the integration area where there will be some tests and the two parts will be connected in order to get ready for moving. The total Unit will be transported to the array site where the first light will happen. 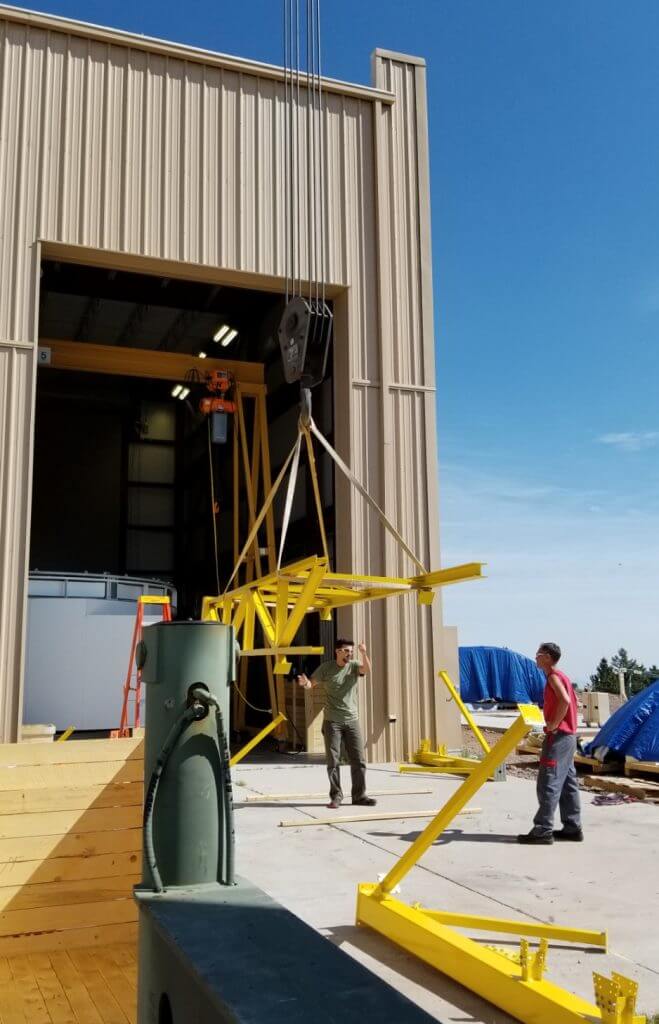 Assembly of the integration frame. The frame will be attached to the enclosure, and will then function as the support structure for moving the integrated enclosure and telescope.

On Tuesday June 12, 2018 the MRO hosted a small event for the attachment of the dome of the enclosure. Mayor Richard Rumpf was our VIP for the day and got a chance to meet some of the new employees from the MRO and witness the mixture of joy and stress on the employees as we were so excited to see such a major point in the building of the Unit Enclosure.