The Magdalena Ridge Observatory (MRO) is located on 1,000 acres at 10,600 feet in the Magdalena Mountains of the Cibola National Forest in Socorro County, New Mexico (NM). This multi-use research and educational observatory is built and operated by the New Mexico Institute of Mining and Technology (NMT) with offices located on the NMT campus in Socorro, NM.

The Magdalena Ridge Consortium Inc. was formed in January 1996 and the first design for the observatory was commissioned in 2000. In July 2004, a memorandum of agreement was signed with the Cavendish Laboratory of the University of Cambridge for the design of Magdalena Ridge Observatory Interferometer (MROI).

The MRO consists of two major facilities: an operational 2.4-meter fast-tracking telescope (2.4-meter telescope) and Magdalena Ridge Observatory Interferometer (MROI), a ten-element optical/infrared interferometer, under construction.  The mission of the observatory is to support: 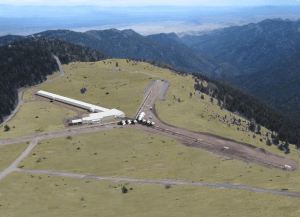 The MROI array simulates single dish telescopes that can range  in size from 7.8 to 340 meters in diameter. The MROI, which will be ultimately composed of ten 1.4-meter telescopes, expects first light in the Beam Combining Facility (BCF) in 2018. The ten telescopes will be optically linked together in order to make images of astronomical objects with unprecedented detail. With this interferometric technology, MROI will be able to resolve objects with 100 times the resolution of the Hubble Space Telescope and will be able to make accurate images of complex astronomical objects many times faster than other existing interferometric arrays. 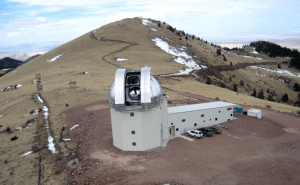