The Magdalena Ridge Observatory (MRO) has been appropriated $4M under the 2014 Federal Omnibus Appropriations Funding Bill which was signed by President Obama on Saturday, January 18th. 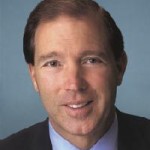 Both U.S. Senator Tom Udall and U.S. Senator Martin Heinrich praised the Bill and the appropriations to New Mexico, which includes the Magdalena Ridge Observatory where the MRO Interferometer is under construction.

In announcing the appropriations to New Mexico, Senator Udall stated, “Sequestration was incredibly damaging to New Mexico, and would have cost us jobs and scarred our economy had another round of cuts gone into effect in 2014,” Udall said. “I fought hard as a member of the Appropriations Committee to roll back the damaging sequestration cuts this year. With this bill, I’m optimistic that Congress is on the right track, working together and keeping faith with New Mexicans and all Americans.” 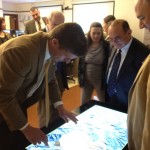 Senator Heinrich also welcomed the additional funding to to science and research in New Mexico, noting that “This [Bill] undoes some of the damaging cuts caused by sequestration”.

The Magdalena Ridge Observatory Interferometer (MROI) is a world class optical array, with 200 times the resolution of the Hubble telescope, and which will be used to conduct scientific research in astronomy, to contribute to Space Situational Awareness (SSA), and to education and outreach in the state of New Mexico.

Said Dr. Ifan Payne, MRO Program Director, “I am most grateful to the New Mexico Congressional Delegation for their efforts in securing funding for science and research in New Mexico. The funding for the MROI is an important component to help meet our first scientific milestone of two operational telescopes in the array”.