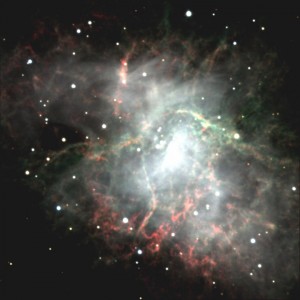 To enter the contest, the contestant must be present at Magdalena Ridge Observatory the dates of the event, take the pictures from the observatory site and submit images by 12:00pm on Friday October 12. Digital images were submitted online. Each contestant is allowed 1 entry. Registration for the event is required.
The contest will be for two nights, starting on October 10, 2012. The grand prize winner’s photograph will be featured in the Astronomy Magazine, receive one week of free stay at Rancho Hidalgo for two ($1000 value) and a $500 gift certificate to Starizona, 2nd and 3rd place winners will receive $250 and $100 gift certificates to Starizona, respectively.

If you have never been to the Magdalena Mountains in the Cibola National Forest you would not expect that nested at the top of the mountains is the Magdalena Ridge Observatory and the Langmuir Research Laboratory for Atmospheric Research. Nor would you expect the hustle and bustle of intense research occurring on a daily basis. At the heart of New Mexico, 30 miles west of Socorro there is such a place; both research facilities associated with New Mexico Institute of Mining and Technology (aka New Mexico Tech). For more than a decade the ESSP  has been held in Socorro, New Mexico and one of the highlight events each year is an observing night at the Magdalena Ridge Observatory. Amateur astronomers from around the country gather with their telescopes, binoculars, cameras, sketching pads and pens and spend a magical and glistening evening observing the celestial wonders.

The Magdalena Ridge Observatory is a multi-research and educational observatory built and operated by New Mexico Tech. The Magdalena Ridge Consortium Inc. was formed in 1996 with first design for the observatory commissioned in 2000. In July 2004 a memorandum of agreement was signed with the Cavendish Laboratory of University of Cambridge, U.K. The observatory consists of two major facilities: an operational 2.4-meter (fast-tracking) Telescope and the Magdalena Ridge Observatory Interferometer, a ten-element optical/infrared interferometer, currently under construction. Its mission is threefold: conduct astronomical research, provide means for space situational awareness, and educate and reach out to the communities to promote science and astronomical education and interest.